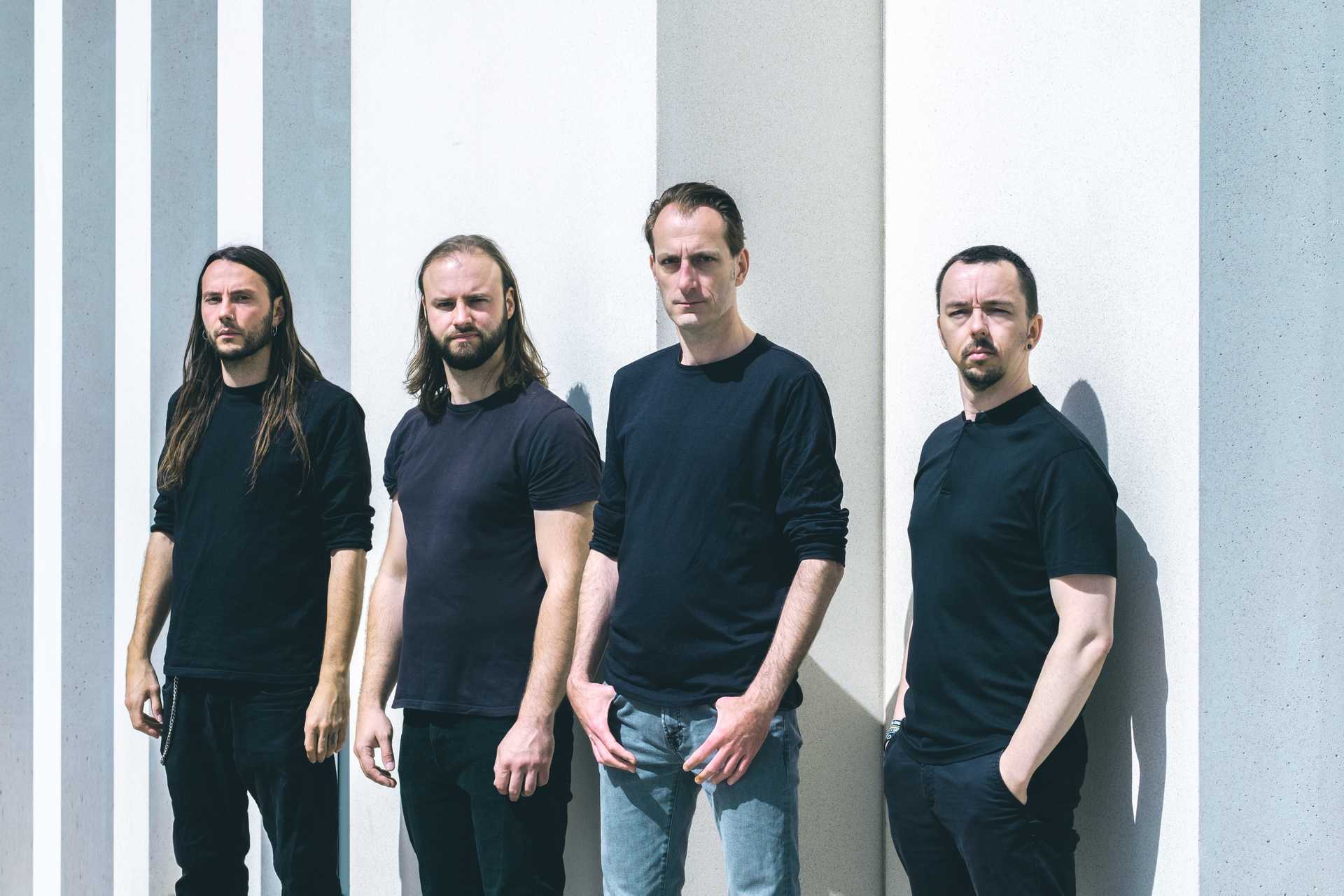 Who are we? Where do we go? These are the kind of existential questions that have arisen for many of
us during these last years and that have also been haunting DISILLUSION during the process of
creating their fourth full-length "Ayam". Without a chance to perform live and their personal lives also
being affected by many restrictions the focus of the German avant-gardists shifted fully towards their
band and the creation of new songs as well as recording. The effect is audible: "Ayam" sounds richer,
even more multi-layered, and fully matured compared to the already highly praised previous releases.
Yet the intricacies of their music are never just a means to an end, but more than anything all the
complexity is subjugated to serve the inner feeling and cinematic aspect of each song itself.
The thematic questions and multi-dimensional layers of the songs are also reflected in the album title
"Ayam". The word derives from Sanskrit and means "This One". Pronounced in English it sounds like "I
am", while reading it backwards turns it into "Maya", which is neither an accident nor explained by the
band that obviously likes to offer riddles.
While DISILLUSION stuck closer together, they were also searching their hearts whether it was time to
change old habits and try out something new. This led to the excellent decision to leave the mix of the
album to different ears than the bands' for the first time. Their choice could not have been better as
renowned producer Jens Bogren (OPETH, KATATONIA, MOONSPELL) once again worked his exciting
magic and enhanced their already unique sound by shining a sonic spotlight to the most important
aspects such as the vocals.
Founded around singer and guitarist Andy Schmidt in the East Germany city of Zwickau in 1994,
DISILLUSION pulled the rare trick of already becoming a staple in the field of avant-garde melodic
death metal with the release of their full-length debut "Back to Times of Splendor" in 2004. The
Germans have always been driven to seek new challenges and find new ways to evolve their music,
which was exemplified by the following album "Gloria" that took radical musical steps in several
directions at the same time. "Gloria" was far ahead of its time in terms of composition and sound, which
becomes apparent when compared to GOJIRA's masterpiece "Magma" for example that came out a
decade later.
Despite their early success, DISILLUSION took a creative hiatus until suddenly returning in 2016 with
the single "Alea" and a new line-up that had changed in several positions. Quite likely even to the
band's surprise, a large and loyal fan base had formed during the decade of their absence, which
showed in sold out shows and a highly successful crowdfunding campaign to realize a new album,
which the Germans repeated for "Ayam".
When "The Liberation" was released in 2019, critics described the album as a logical continuation of
"Back to Times of Splendor". Its songs reflected 15 years of additional experience in the musical
development of Andy Schmidt. "The Liberation" turbo-charged all of DISILLUSION's best qualities: the
perfect interplay of massive metal with moments of pure euphoria and quiet introspection that create a
sonic rollercoaster ride of passionate emotions.
With "Ayam", DISILLUSION again sail among the stars to new stellar constellations of heavy sounds.
While staying true to their general course, the German avant-garde pioneers also continue dropping
anchor to explore new planets sparkling in space with a multitude of radiant sounds. "Ayam" offers
exciting evolution rather than radical revolution, and DISILLUSION's new musical forms and means are
most beautiful and astonishing to behold. This album is a golden ticket to join the extraordinary journey
of a life-time. Please feel free to check-in anytime you like!
Release date: November 4, 2022
Style: Avantgarde Metal
Recording line-up
Andy Schmidt – vocals, guitar
Sebastian Hupfer – guitar
Ben Haugg – guitar
Robby Kranz – bass, backing vocals
Martin Schulz – drums
Current line-up
Andy Schmidt – vocals, guitar
Ben Haugg – guitar
Robby Kranz – bass, backing vocals
Martin Schulz – drums
Guest musicians
Birgit Horn – trumpet, flugelhorn
Clara Glas – cello
Frederic Ruckert – keyboard
Marek Stefula – triangle
Recorded & produced by Andy Schmidt & Disillusion at Echolux Studios Leipzig
Drum recording engineering by Magnus Wichmann
Mixed by Jens Bogren at Fascination Street Studios, Sweden
Mastered by Tony Lindgren at Fascination Street Studios, Sweden
Artwork by Safi at Betriebsbuero
Links
disillusion.de
www.facebook.com/disillusionband
www.instagram.com/disillusion_band
Shop link
disillusion..shop